Back to School Backpack Donation Program 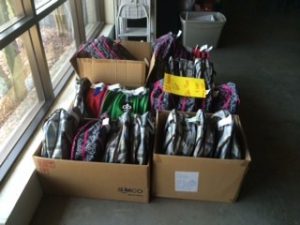 Arizona Helping Hands was formed in 1998 by Paul and Kathy Donaldson under a simple premise – “Do One Good Deed a Day and Don’t Take Credit for it.” Kathy and Paul formed AHH to be the “blind” for their good deeds which have been innumerable over our many years of service to Arizonans – One Child, One Dream, One Family at a time! Arizona Helping Hands helps foster families who have stepped up to provide a safe, loving environment for children in the Department of Child Safety system. Their programs are designed to provide many basic needs for these boys and girls and supported by many locally owned and national businesses.

Please note all donations to Arizona Helping Hands qualify Arizona residents for a dollar-for-dollar tax credit of up to $1,000 per married couple and $500 for single taxpayers per calendar year. Your contribution the Arizona Helping Hands back to school donation program will help kids in foster care and the families that help provide them a home. For more information about how you can help your community or if you’re looking to buy or sell your Phoenix home, please contact the Voss Team today. 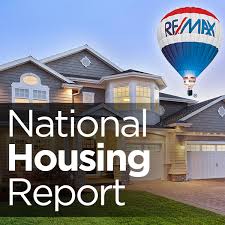 First Half of 2017 Ends with Record Sales

Halfway through 2017, the U.S. housing market is on pace for another record year as four of the last six months have topped same month sales from 2016, according to the July 2017 RE/MAX National Housing Report. June home sales were 1.4 percent higher than June 2016, which was previously the month with the most home sales in the nine-year history of the report.

The combination of increased sales and a record low inventory that slipped further to 2.8 months resulted in higher sales prices. June’s median sales price of $245,000, up 7.5 percent over last June, also set a RE/MAX National Housing report record. In fact, prices increased in fifty of the report’s fifty-three markets. The average number of Days on Market dropped to a report-record low of forty-seven, while inventory dropped year-over-year in eighty-seven percent of the markets. The June 2017 average Days on Market was 47, the lowest Days on Market in the history of the report.

“Sellers continue to benefit from limited inventory, getting top-dollar for their homes, and as a result, overall sales are at a record high,” said Adam Contos, RE/MAX Co-CEO. “But buyers shouldn’t be discouraged. Mortgage rates are still relatively low and the market may be taking a positive turn, albeit subtle, as recent Labor Department data showed a decline in open construction jobs which could mean more workers focused on new home builds.”

Looking to sell your Phoenix home or buy a home in Phoenix? Contact the Voss Team today and receive a complimentary analysis of your home’s approximate present value on the market today. Your complete satisfaction with our service and representation is always our number one priority! 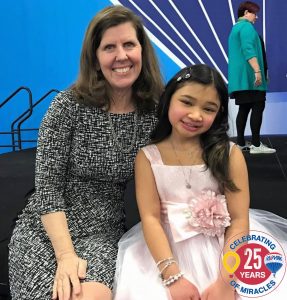 Since 1992 RE/MAX agents across the U.S. and Canada have been partners with Children’s Miracle Network. In an effort to support our local CMN Hospital, Phoenix Children’s Hospital The Voss Team will make a donation, when you refer your friends and family to us. That’s pretty easy, right?

Every minute, 62 children enter a Children’s Miracle Network Hospital for treatment. Each donation helps fund pediatric medical equipment, treatments, charitable care and other healthcare services for local CMN hospitals. As the contributions continue to grow, we are able to aid a larger number of sick and injured children, which is something we take great pride in being able to do for our community

Here’s how it works. If you send us a referral for a home sale or purchase, and that sale closes, we will make a donation to Phoenix Children’s Hospital in your name. We will post on our blog and on Facebook that your referral was instrumental in making that donation happen.

It is as simple as that.

We are so grateful for your referrals. Let’s do some good work together and make a difference in our community. Call us at 602-697-0730 or email at robertavoss@remax.net. 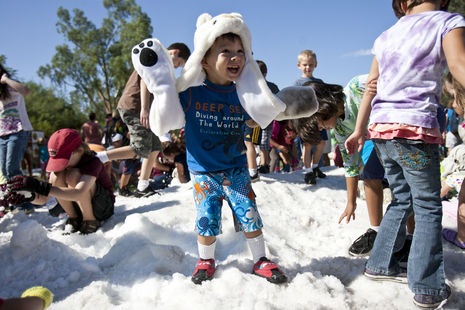 Winter in July comes to the Phoenix Zoo 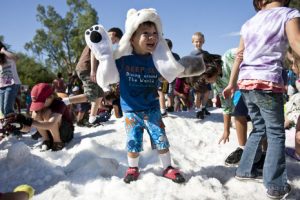 Have you ever wondered where the term, “Christmas in July” comes from? Christmas in July is a term that originated from Australia. Because Australian weather is the total opposite of North America, our summertime is Australia’s winter. Since Christmas and winter/snow is synonymous, Australians have a Christmas-like celebration in July, and hence the term. And now that you know the origins, it’s time to mark your calendars and get ready to celebrate! Winter in July comes to the Phoenix Zoo on Saturday, July 15th from 7am to 11am.

Guests can chill out in tons of snow, splash around at the wet and wild play areas, and watch the zoo’s loveable animals enjoy icy treats. There will be over forty tons of snow and a snowy “blizzard” every thirty minutes. The cost of zoo admission also gets you fun chilly creature features throughout the day, live music and games, a toddler snow pile, snowman building and much, much more! As a non-profit charitable organization, the Phoenix Zoo provides experiences that inspire people and motivate them to care for the natural world and is excited to offer a variety of activities over the summer for all ages.

For more details about the upcoming Winter in July and other events, please visit phoenixzoo.org. And for more fun things to do in Phoenix this summer or if you’d want to sell or buy a home in Phoenix, please contact the Voss Team today. 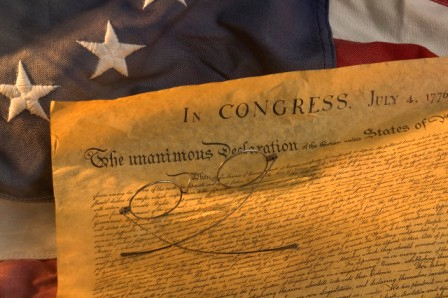 Why We Celebrate the Fourth of July 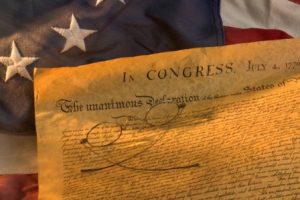 Independence Day is once again nearly upon us, and Arizonans everywhere will brave the triple digit heat to celebrate with friends and family. So as we gather around campsites, barbeques, parks, and fireworks let’s all take the time to remember why we’re celebrating the Fourth of July.

For over 200 years, Independence Day has been the celebration of the day we declared our independence from Great Britain. Since Thomas Jefferson wrote the Declaration of Independence it has been a symbol of freedom known worldwide.

July 4th is a day to celebrate our freedom, specifically the freedom to govern ourselves. Americans have always known that Independence Day is the day we celebrate our freedoms that the Founders fought and died for. As a country dealing with everything from unemployment to political distress, we all need to pull together and unite to remember the extreme sacrifices that have been made to protect our country and our rights.

Please enjoy this wonderful occasion and remember those who have given their lives for this great country.  Happy 4th of July from the Voss Team!