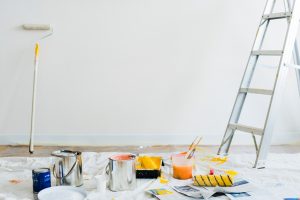 New waves of first-time homebuyers hitting the market this summer have created a new and interesting statistic. A survey in move.com showed that nearly 60% of buyers searching for a home this spring said they are willing to consider buying a fixer-upper rather than endlessly searching for the home of their dreams. 95% of those said they believe the projects needed will increase their new home’s value.

As stated in several interviews and articles on Realtor.com’s, low-inventory for entry-level price ranged homes is to blame for the increase in willingness to renovate.

Just over half of all respondents who said they would be willing to buy a home in need of some TLC would also spend more than $20,000 to make the home fit their needs.

The most common ‘expected’ renovation is a kitchen remodel which can run anywhere from $22,000 for a minor remodel to $66,000 for a major remodel.

This isn’t a new trend by any means. According to the Joint Center for Housing Studies at Harvard University, “Americans spent $336.9 billion on remodeling projects, up 7.4% from the $313.6 billion a year earlier.”

Home renovation television shows have given many buyers hope that they could renovate a home they can afford into their dream home. Are you up for the task?

If you are one of the many Americans considering buying a home this spring, meet with a local real estate professional who can help you find a house with the potential to be your dream home. 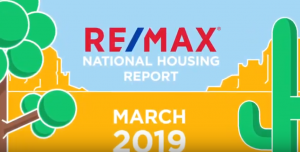 Kicking off the spring home-buying season, March sales climbed almost 29% over February, according to the RE/MAX National Housing Report. But this remains the slowest start in five years, with March sales 8.6% lower than March 2018.

Days on Market increased to 59 from 57 last March, while Months Supply of Inventory declined year-over-year to 2.7 from 3.0.

“It was encouraging to see month-over-month sales improve during March,” said RE/MAX CEO Adam Contos. “Although the seasonal bounce that typically ends the first quarter wasn’t as strong as in the past few years, conditions are in place for a healthy spring selling season. Falling interest rates, rising inventory and moderating price increases against the backdrop of a healthy overall economy are cause for optimism for buyers and sellers alike.”

Of the 54 metro areas surveyed in March 2019, the overall average number of home sales is up 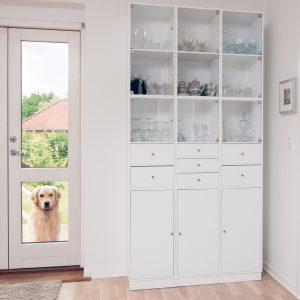 A lot of home buyers are interested in buying pet-friendly homes so that they can finally settle with their ‘furever’ friend. Pointing out the aspects of your home that appeals to owning a pet can help you attract these buyers over other homes. That’s 68% of the market that’s looking for a pet-friendly home!

As a homeowner looking to list their home, how do you stand out among the rest of the listings to get your home noticed and sold?

These pet owners are looking to treat their pet like family and want them to be safe and comfortable. This means that the community also needs to be pet-friendly, not just the home.

Most aspects of buying, selling and owning a home, come down to pet-friendly variables, which is of no surprise since $72 billion was spent on pets in the U.S in 2018.

What can you do to stand out in this pet-friendly market? Make sure to point out the features of your home that will attract these pet owners:

Take advantage of the fact that many Americans love their pets and will do anything they can to find a home that includes these valuable features by showing how your home can meet these needs. 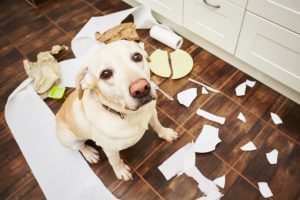 From fury snuggles and kisses to comic relief and unconditional love, pets are wonderful additions to a home. However, they also bring with them some less desirable traits: truckloads of animal hair and drool, bad table manners and the ability to break things around the home.

While you may be looking to sell your home in the future or at least increase its value, your beloved animals can actually ding the value of your property. They can add scratches to your doors and floors, funky, semi-permanent smells, and other flaws that may scare away prospective buyers. Take a look at these precautions you can take to pet-proof your home so that their negative impact is greatly reduced.

Damage control tips are as follows:

Set up some barriers

Do you have an area of the house that contains your favorite rug or your favorite and fragile vase? The best idea would be to set up barriers to discourage your pet’s curiosity in that section of the home.

Most of our furry friends show their love for their environment with their noses and mouths. Indoor and outdoor items alike are sure to be sniffed, licked, or chewed. This is why physical barriers are so important. Try out some baby gates, doors, screens, and other barriers to contain your pet.

If you’re finding it impossible to keep your pets off your brand new couch, you may try investing in a pet cover or large throw blanket. When company comes over you can remove the blanket and reveal your new and perfectly clean couch.

Create a separate eating area for them

You can take all of your old cabinets, appliances, and dishes downstairs or into the den to create an entirely new eating space for your animals that is strictly for them. If they eat in their secluded area, they usually refrain from scratching up the new kitchen flooring or cabinets. We’ve all seen how excited your furry one can be when you head to the closet to scoop out their food, with their jumping, excitement, scratching and pawing.

Get smart about flooring

Not everyone can set up barriers or even separate eating areas for their pets. Another recommendation is to use bamboo flooring.

Bamboo is much harder than most woods so it doesn’t scratch easily and it doesn’t have any grooves between boards like other hardwood floors. The lack of groove makes it much easier to clean up potty accidents.

Tile throughout the house is also another great option along with recycled tire rubber flooring for the basement floor covering for people with kids and pets.

Carpet is typically the last choice for good flooring when people have pets and want to preserve the value of their home. Carpet holds hair and odors and is a complete disaster for people with allergies.

It is also important that pet owners pay attention to how they decorate their windows.

Curtains need to not drag on the ground. Both for the sake of picking up pet hair and dirt but also because kittens like to claw at and climb them.

For window coverings, it is recommended to use thick wood or faux wood blinds that can stand the test of clawing. Remember to keep all chords tucked away as well.

Keep pet toys and chews out of sight

The fastest way to ruin the ambiance of your home on a tour is to come across a chewed up bone or destroyed toy. It’s recommended to stash all the toys and chews in a cute basket that you can hide away when needed. This is also another place where a designated pet spot can come in handy to distract your pet away from your home decor. Use a comfy crate or dog bed near a kitchen nook, under a table, or in a large corner of a room.

While it would be impossible to trick a buyer into thinking you’ve never had a pet in the home, it sure helps to hide and prevent the negative telltale signs of a pet, especially when considering selling the property.