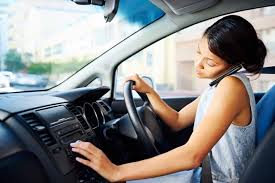 What You Need to Know About the Surprise Cellphone Driving Ban

Metro Phoenix drivers will need to make sure their cellphones are tucked away when crossing into Surprise city limits as of this month. Surprise enacted the toughest cellphone-use law for drivers in the Valley this month. The law prohibits talking on a cellphone, sending a text message or otherwise using a hand-held communications device while driving in the city, unless the device is in hands-free mode.

Police will generally issue warnings only for the first 30 days of the new law, said Surprise police Sgt. Tim Klarkowski. After that, the fines will begin. The fine is $250 on the first offense. Surprise officials put an ordinance banning talking, texting or anything involving a handheld communication device into effect last week, the Arizona Republic reported.

The Arizona Legislature has considered enacting a texting-while-driving ban for at least the last decade. This year, a measure that would have banned texting while driving made it through the Senate, but failed to make it through the House.

Tempe has a distracted-driving law that lets police cite drivers for talking on the phone or texting, but only if police think the drivers pose a risk to themselves or others. Some other cities, such as Flagstaff, Fountain Hills and Phoenix, ban texting while driving, but not the overall hand-held phone use.

Drivers, please make sure your cellphones are tucked away when crossing into Surprise city limits, and as always, please drive safe!