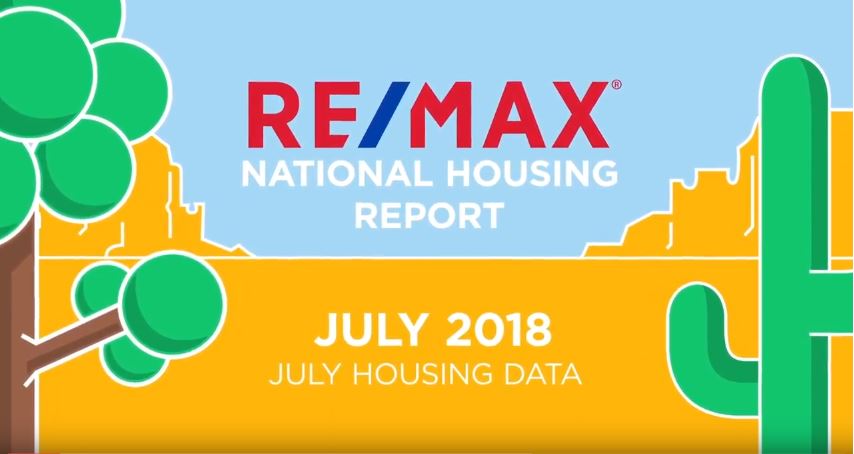 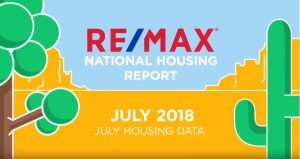 July home sales rose 1.8 percent year-over-year, making it the second month of 2018 to post a sales increase year-over-year, according to the RE/MAX National Housing Report. To access the housing report infographic, visit: https://rem.ax/2phKHWT.

In the July 2018 report, 37 of the report’s 54 metro areas posted sales increases over July 2017—April was the first month of 2018 where more homes were sold than the same month in 2017. The report also marks the 28th consecutive month of year-over-year price increases.

The Median Sales Price of $250,575 was up 4.4 percent from July 2017, and represents the third-highest price in report history—topped only by May and June of this year. Months Supply of Inventory was at 2.9 – the smallest total ever recorded for July.

Forty-two of the 54 metro areas reported a year-over-year drop in inventory. The Days on Market dropped to 41 – four days less than July 2017 and one day under the previous nine-year low set in June 2018.

“Because we’ve faced challenging inventories and increasing home prices for some time now, a seasonal slowdown that rebalances the market a bit might actually be a positive in the months ahead,” said RE/MAX CEO Adam Contos. “It could level affordability to some extent and create more opportunity for buyers who’ve been priced out of hot markets.”

Want to know more? Click here to download your copy of the July 2018 RE/MAX National Housing Report. If you are looking to sell your Phoenix home or are ready to buy a home in Phoenix and the surrounding areas, please contact The Voss Team today.